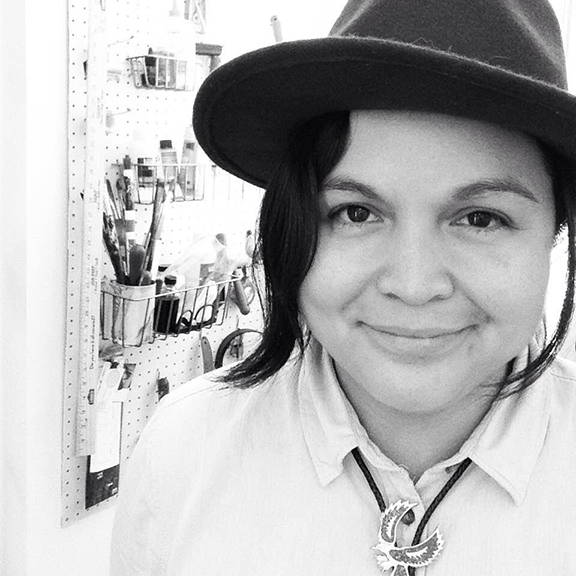 Born and raised in West Dallas, Angela Faz learned early to be resourceful, and from that sprang a talent for discovering and creating art no matter where life took her: her girlhood kitchen table in West Dallas, the marketing department of a TV evangelist, a farm in Vermont, a high-rise office building surrounded by the trappings of corporate America.

After completing her bachelor’s degree in 2005, Angela moved back to Dallas. While working day jobs as a designer, she steadily built her presence in the city’s art world at night, and in 2009 presented her first solo show, Denomination, at the Magnolia Theater. She also became heavily involved in Art Conspiracy, a Dallas-based nonprofit group that strives to unite artists and musicians and encourage regional creative programs and causes. She dedicated herself to the group’s mission, and served as an ArtCON executive team member for many years.

She’s been featured in shows hosted by Kettle Art and Latino Cultural Center in Dallas, and venues beyond Dallas include the Monotype Guild Exhibition at the Attleboro Arts Museum, Hooker-Dunham Gallery in Brattleboro Vermont and Tracey Gallery in Portland, Oregon, among others. And in 2016, she was selected for two juried exhibitions, Hecho En Dallas and the 4th National Monotype Juried Exhibition at Attleboro Arts Museum in Massachusetts.

Always a student, she is currently exploring metal art in Scott Trent’s consortium in the Cedars. She lives in Dallas’ Oak Cliff neighborhood with her wife, Courtney, their two fabulous cats and one heart-meltingly cute dog.

We would like to congratulate Angela on winning the call for art contest and are excited to be featuring her image on all 2016 Cedars Open Studios marketing efforts. Take a look! 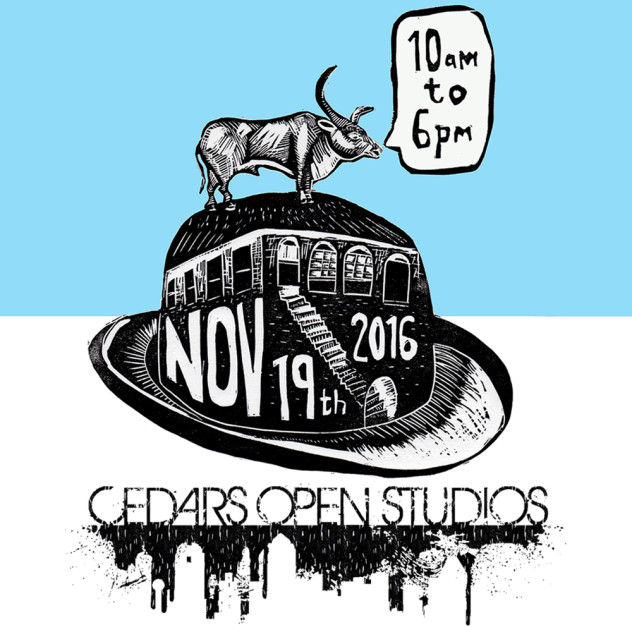